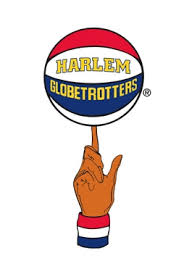 EAST LANSING, MI – The world famous Harlem Globetrotters will take fan interaction to a new level when the 2014 “Fans Rule” World Tour comes to the Breslin Center in East Lansing on Friday, January 24th, 2014, at 7:30pm.  Online voting is now open at harlemglobetrotters.com/rule, where all fans can choose which new game-changing rules they want to see in their hometown.  Tickets go on sale 10:00 a.m. Tuesday, October 22nd and are available by calling 1-800-968-2737 or online at breslincenter.com.

The Globetrotters were the first organization in sports & entertainment to let fans vote on rules when the team introduced the concept last year.  Since the fan response was so overwhelming, the team is doing it again – but with a major twist.

With a roster chowcasing stars such as Special K Daley, Big Easy Lofton, Flight Time Lang, Hi-Lite Bruton, and Dizzy Grant – plus female stars TNT Maddox, T-Time Brawner, and Sweet J Ekworomadu* – the Globetrotters’ one-of-a-kind family show features mesmerizing ball handling, an assortment of trick shots, high-flying dunks, and precise timing – all with an array of comedy guaranteed to entertain the young and the young at heart.  After vitrually every game, Globetrotter stars remain on the court for autographs and photographs with fans.**

*Rosters will vary in each city and are subject to change