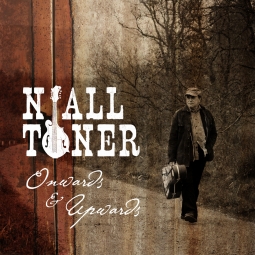 Sounds Like:
A stringband sound made by guys who love and respect the great traditions of Bluegrass, Traditional Country and Americana roots music.

Biography
Onwards and Upwards is the brand new Album from Niall Toner, and is officially released by Pinecastle Records on October 30, 2012. Niall recorded eleven new songs and tunes at Loud Studios in Nashville with Keith Sewell, who has worked with Ricky Skaggs, Sam Bush, Dixie Chicks, Lyle Lovett, in the Producer’s chair, and a stellar line up of musicians including Rob Ickes on Dobro, Viktor Krauss on Bass, Ashby Frank on Mandoln and Keith Sewell on Guitar, Fiddle, Mandolin and Piano. Niall played Mandolin, and sang all the Vocals. Jake Burns engineered the session, and Fiaz Farrelly and Laura Hale took the photos and designed the images and the new logo.

There’s Bluegrass,Americana, Roots, a Modern Murder Ballad,a new Instrumental, a little Jazz, and an Irish Song of Emigration, as well as tributes to the great Earl Scruggs and the father of Bluegrass, Bill Monroe.